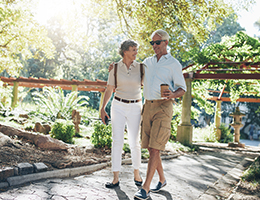 June 20, 2019—By some estimates, 44 million people in the U.S. have osteopenia. This means their bones are weaker than normal, but do not yet break easily.

That weakening of the bones matters because osteopenia often leads to osteoporosis, a disease that causes bones to become fragile and easily broken.

Until now, osteopenia has mainly been seen as a health issue affecting women past menopause. But a new study suggests men are just as prone to develop it. It also appears to be widespread in both men and women at fairly young ages.

Researchers analyzed the result of bone density tests in 173 adults, ages 35 to 50. These scans can detect bone loss, which often advances silently for years before a fracture occurs.

The adults in the study also took surveys that tracked their calcium intake, exercise routines and other habits that affect bones.

The study found that 28% of the men and 26% percent of the women had osteopenia. That men had slightly higher rates of weaker bones surprised the researchers.

Doctors advise bone density testing for women at average risk who are at least 65. But these findings suggest that younger women and men might benefit from testing too.

The study appeared in the Journal of the American Osteopathic Association.

Bone mass peaks around age 30 and then drops naturally with age. Weight-bearing exercises like walking and running are the best way to keep your bones strong, the researchers said. And the study hints at why.

Many of the men who participated got plenty of exercise but still developed osteopenia. That may be because they typically worked out by cycling, the researchers said. Activities like swimming and cycling benefit the heart. But they aren't the best way to strengthen bones because they aren't weight-bearing exercise.

A balanced diet with plenty of calcium and vitamin D is also crucial for bone health. But some of us may overestimate calcium's power, the researchers cautioned. It has a greater impact when bones are still developing. After bone mass peaks, the body relies more on weight-bearing exercise to keep bones strong.

Learn more about exercises that can protect bone health.